Safety mining equipment including miners lamp is very very important for the coal mine.

On June 25,2017, Thirteen coal miners have died in Colombia after an explosion at an illegal coal mine. Eleven miners were originally said to have died and two were missing following a methane gas explosion underground, according to a government statement reported by Reuters. The death toll was later revised to 13. The accident took place in Cundinamarca province, where illegal underground coal mining is reportedly widespread.

In another report by Associated Press, National Mining Agency President Silvana Habib Daza said the mine was operating without permits and lacked proper safety equipment. It added that eight people died at a mine in the same town of Cucunuba in 2008. 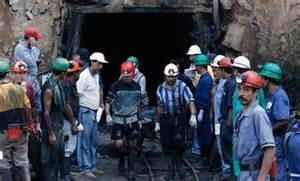