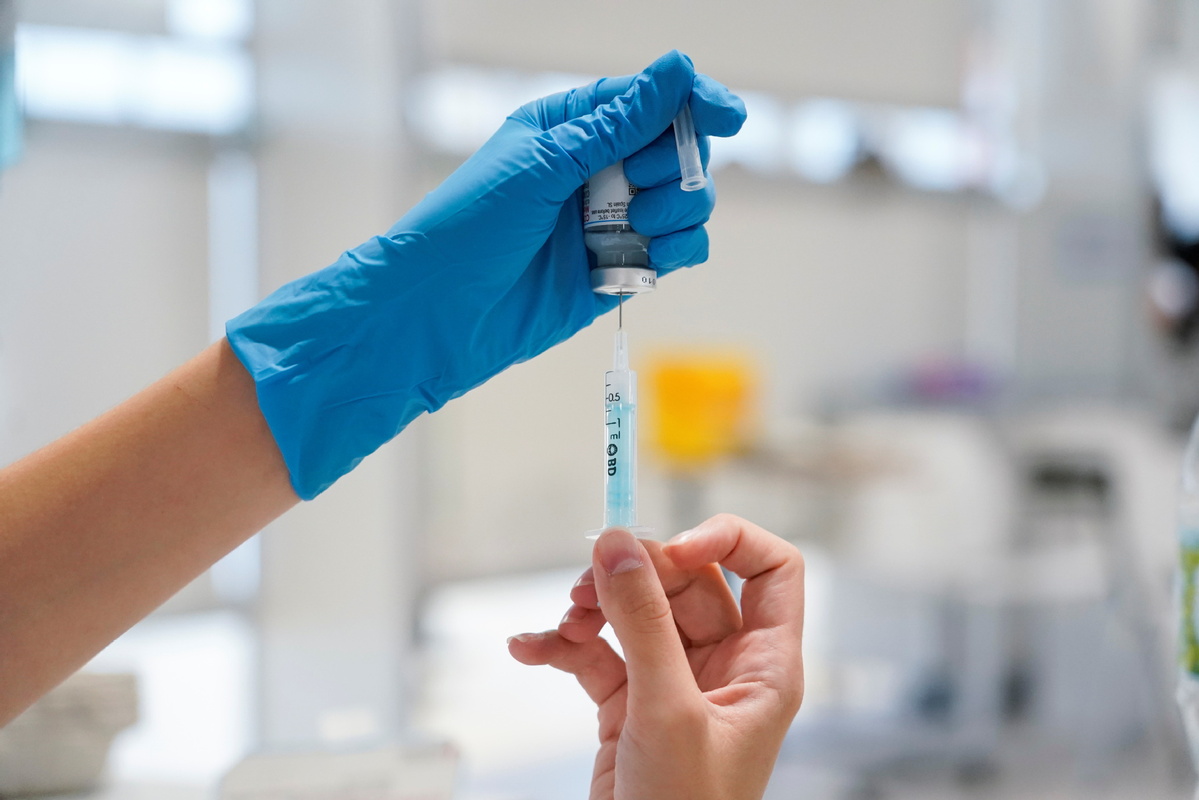 A major vaccine center in the United Kingdom is working on combining flu and COVID-19 vaccines into a single shot, in a move that could streamline manufacturing and speed up roll out.

Several health experts have warned that the novel coronavirus may not be eradicated, and will instead become endemic to human populations around the globe, leading to outbreaks on a seasonal basis, like the flu.

Matthew Duchars, the chief executive of the Vaccine Manufacturing and Innovation Centre, or VMIC, said that the development of a so-called combination vaccine for the flu and COVID-19 could greatly ease the logistical burden of responding to recurrent outbreaks of both diseases.

"It will save a lot of time and it would be a lot more convenient to just give one shot, so it is something that we and vaccine developers and producers will be looking at," Duchars told The Telegraph. "Let's say we do need to give a seasonal vaccine, and people need one shot for flu, and one shot for COVID-19 and another for something else. If you can put them all into one, then that's obviously preferable."

The government announced plans for the establishment of the VMIC in 2018, and said the center would take five years to build. When the pandemic hit, the government accelerated development and more than doubled its investment into the 215-million-pound ($298 million) center, which is now close to being fully operational.

The center will have the capacity to manufacture 70 million jabs over a four to five month period. Duchars said that the government is planning on using the VMIC from next year.

"For this year's vaccination and current levels of doses, the government has all of that covered in terms of what they need to manufacture," Duchars said. "In our discussions, their plan is to use VMIC for the revaccination campaign in 2022. That's what we've refocused our efforts and attention on."

Combination vaccines, or vaccines that protect against multiple diseases, are already commonplace. For example, the widely-administered MMR vaccine protects against measles, mumps, and rubella, and the DTaP shot helps prevent diphtheria, tetanus, and pertussis infection.

Research has already begun into potential combination vaccines for COVID-19 and the flu. In May, United States-based Novavax announced promising results from animal testing for a combination shot that combined the company's COVID-19 vaccine NVX-CoV2373 and its flu jab NanoFlu.

The study, which was published in the preprint server bioRxiv, found that the combination vaccine produced a "positive immune response" against both COVID-19 and the flu when administered in ferrets and hamsters. Novavax said it would begin clinical trials in humans at the end of the year.

Other vaccine makers and health services-including pharmaceutical company Sinovac in China and the NHS in the UK-have conducted trials into the safety and efficacy of administering COVID-19 and flu vaccines one after the other. By ANGUS McNEICE in London | China Daily Global | Updated: 2021-08-17