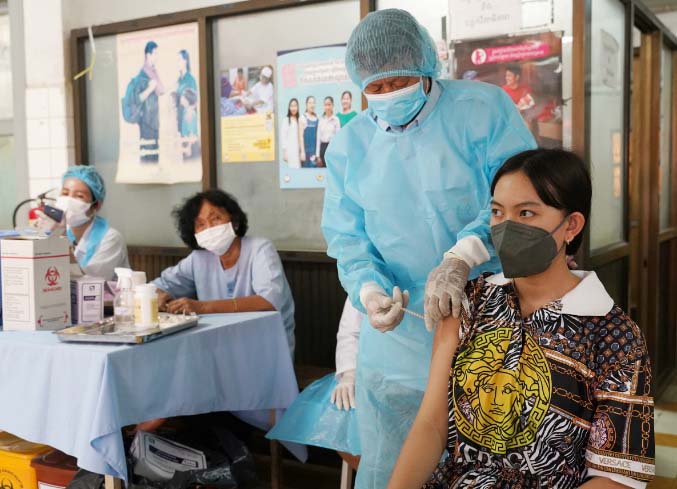 Cambodia is tracking well ahead of the pace it has set for COVID-19 vaccinations and now boasts one of the highest coverage rates in Southeast Asia.

The country set a target of vaccinating 10 million adults by the end of the year. By Monday, the program had covered 87.68 percent of the target population, data from the Health Ministry shows.

The vaccination rollout puts Cambodia among those with the highest vaccination rates in the region and well above the world's average of 33 percent.

"The rollout has been remarkable for a country at Cambodia's level of development," said Stephen Higgins, managing partner of consulting firm Mekong Strategic Partners, adding that the country's vaccination rate is also among the best globally.

Higgins said the key reasons behind Cambodia's vaccination success include the ability to source sufficient vaccines from multiple sources, a simple geography-based rather than age-based rollout program, and a holistic approach supported by the government as well as the military.

In a report published on Aug 16, the consultancy projected that Cambodia will fully vaccinate 70 percent of its entire population by September, up to a year ahead of its neighbors.

In contrast, the Philippines is expected to reach the same level of vaccination by March next year, and Vietnam is forecast to complete its rollout by September 2022.

He said the success of the vaccination rollout is vital to Cambodia's efforts to contain COVID-19 and to revive its economy, which contracted 3.1 percent in 2020.

The Asian Development Bank said in April that Cambodia's economy is projected to grow 4 percent this year and 5.5 percent in 2022.