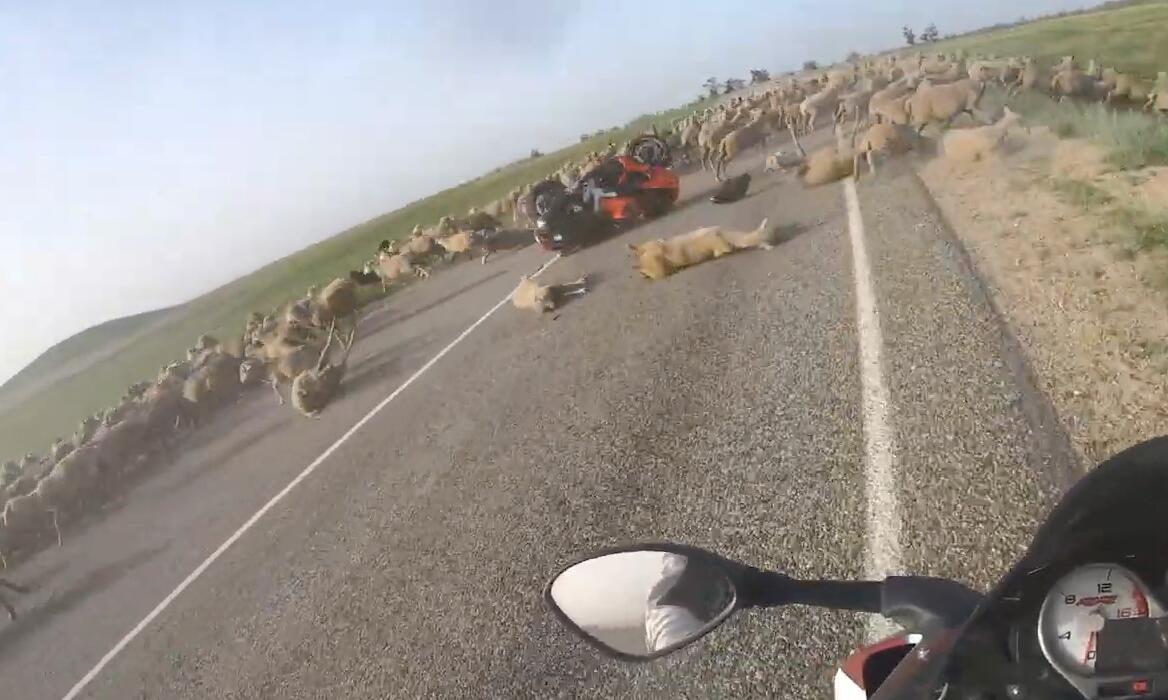 According to foreign media reports on August 16, Russia’s 30-year-old Nikolai Mustafen and Herman ran into a flock of sheep crossing the road on a motorcycle.
At that time, Nikolai and Herman returned from a trip in the Caucasus. They rode a motorcycle at high speed, and then saw a large group of sheep crossing the road. The two immediately began to brake, but because the distance was too close and the speed was too fast, Hull Man failed to slow down and rush into the flock in time. He and the car fell to the ground and knocked down a few sheep. The sheep immediately dispersed and left the scene of the accident. Nikolai stepped forward and helped Herman up.

In this accident, the sheep did not appear to be injured, but Herman suffered a shoulder injury and needed three hours of surgery to treat it.

Preview：TSMC chip prices will rise 20% across the board