US media: a US Congress policeman died in the riots

Supporters of US President Trump gathered outside the Capitol in Washington, January 6. A U.S. congressional policeman was killed in the riots 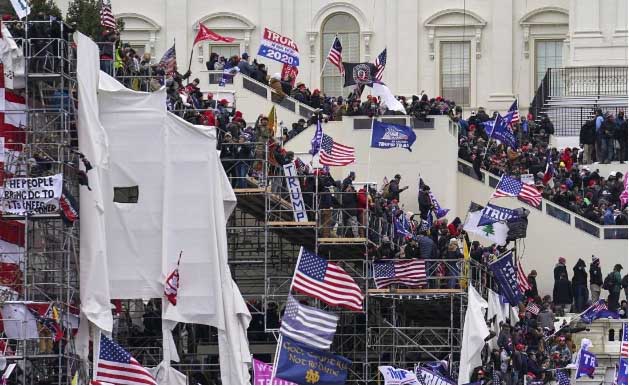 On January 6 local time, tens of thousands of supporters of the current US President Trump surrounded the Capitol building to protest against the ongoing verification of electoral college votes in Congress that night. During the demonstration, Trump\'s supporters also claimed that some popular votes in the general election were "illegal". Subsequently, the peaceful protest turned into a riot. Hundreds of protestors broke through the police line, rushed into the Capitol building, entered the Senate chamber, and clashed with the Congressional police.

Reported that the parliamentary police is the fifth person confirmed dead in the riots. According to previous reports, a female supporter of Trump who participated in the protest was shot and fell down while climbing the window, spitting blood in her mouth. The woman was rushed to hospital but later confirmed dead. Her name is Ashli Babbit, a 14-year veteran, served in the air force for four years and previously lived in San Diego, California. In addition, another three people died of illness.

Preview：Trump said on Twitter: I will not be going to the Inauguration on January 20th

Next：Hospitals are like battlefields, freezing corpses is normal, and it still can't stop 80 million people from traveling on holidays in the United States