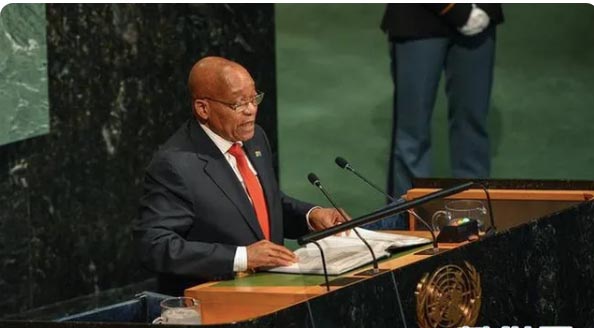 On July 12, 2021 local time, a large-scale riot broke out in Johannesburg, where protestors looted businesses. According to reports, former South African President Zuma was arrested on July 7 and sentenced to 15 months\' imprisonment for contempt of court, causing dissatisfaction among supporters and large-scale riots.

On the evening of July 12 local time, South African President ramafosa announced live on television that the riot caused by the arrest of former President Zuma has caused many deaths and caused huge losses to the South African economy. The government will use all resources to calm down the riot.

"Before the end of apartheid"

As of the afternoon of the 12th, more than 200 shopping malls had been looted, according to mawusuo, CEO of the South African Association of business leaders. Chinese living in South Africa are not immune: many Chinese shops and enterprises have been looted or burned.

Since 1971, crowning calamity, a famous supermarket chain rooted in South Africa, has suffered a serious loss during its original COVID-19. Many stores suffered "disaster". The so-called "South African economic artery" of the Durban - Johannesburg N3 highway was also forced to close on July 13.

President ramafosa of South Africa said it was the most serious social unrest in the country since the end of apartheid.

Some media and netizens commented on the riot, saying that "this is war" and "it reminds people of the streets of Soweto before the end of apartheid".

As of the evening of July 13 local time, at least 72 people were killed and 1234 arrested after days of riots, according to South Africa\'s interior minister Serre and South African police.

Preview：US warns COVID 'becoming a pandemic of the unvaccinated'

Next：US urged to focus on climate cooperation with Beijing