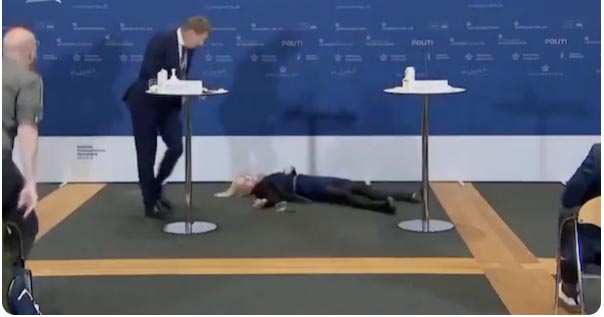 On April 7, the European Drug Administration conducted an investigation into the safety of the vaccine and concluded that the vaccine did have the risk of causing side effects of thrombosis. Novel coronavirus pneumonia was considered to be "real risk" between the vaccine and severe side effects, so the vaccine was removed from the new crown vaccination program, Brost Len, director of Danish National Health Bureau, said at a press conference.

At a press conference in Denmark to announce the suspension, Eriksson, acting director of the Danish drug safety department, suddenly collapsed on the ground at the press conference and was rushed to the hospital for treatment by the staff nearby. The source said Eriksson was in good health after he was sent to the hospital, but the specific reason for his fainting has not been disclosed.

"We estimate that there is one case of vaccine induced thrombosis or thrombocytopenia in every 40000 people who have been vaccinated with this vaccine, which we didn\'t know when we started using the AstraZeneca vaccine," said brostellen, director of the Danish national health service

Denmark became the first country to announce the discontinuation of the AstraZeneca vaccine. Previously, Denmark has suspended the vaccination since March 11 due to thrombosis and at least one fatal case.