Death toll from Pakistan's train crash rises to 62, over 100 injured 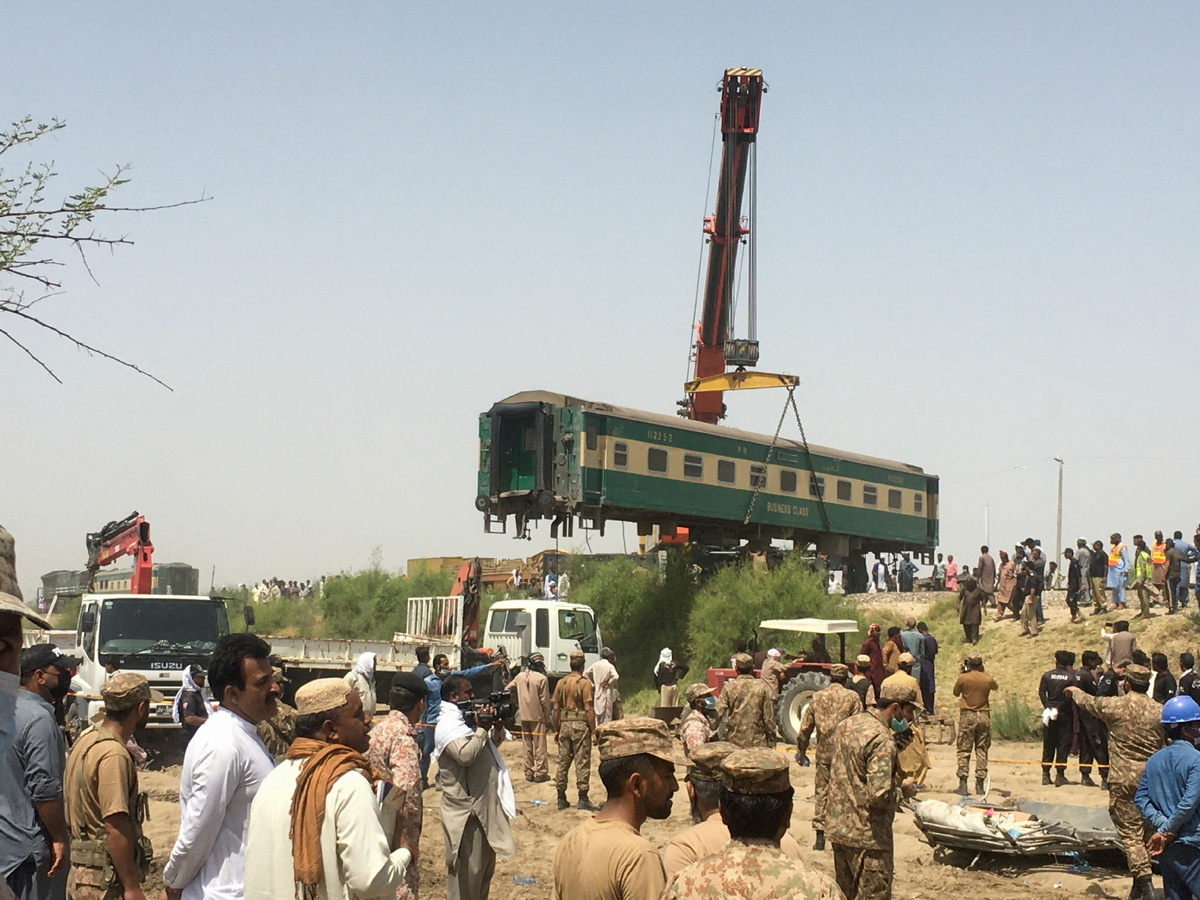 Paramilitary soldiers and residents gather as the railway workers remove a car from the site following a collision between two trains in Ghotki, Pakistan June 7, 2021. [Photo/Agencies]

ISLAMABAD - The death toll from the collision between two trains in Pakistan\'s southern Sindh province early Monday morning has risen to 62, a government official said on Tuesday.

The death toll rose after rescue teams pulled out more bodies from the damaged compartments of the trains, Commissioner of Sukkur Shafiq Ahmed Mahesar told Xinhua.

He said that over 100 people sustained injuries in the accident and they are being treated at various hospitals of Pano Aqil, Ghotki and Mirpur Mathelo in the province, adding that the condition of at least 15 people is critical.

At least 13 compartments of the two trains were derailed and overturned, and seven to eight were completely destroyed in the accident, sources from the Pakistan Railways told Xinhua.

Police sources in the area told Xinhua that special teams are still in the process of investigating the exact cause of the accident, however, they believe that multiple problems in the railway track and signal systems are possibly behind the accident.

Meanwhile, the authorities have also cleared the railway track and train service which was halted since early Monday morning resumed operations. Xinhua | Updated: 2021-06-08