Cholera outbreak in Nigeria has caused more than 100 deaths

On July 22, according to Nigerian media reports, the number of deaths due to cholera infection in Abuja, the Federal Capital Territory, has risen to 60, and suspected cholera cases have risen from 604 to 698 within 72 hours. 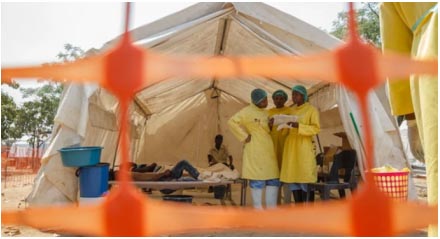 More than 2,000 cases of cholera have been reported in Jigawa State in northern Nigeria, and the epidemic has spread to 9 local government districts. In the past two months, at least 30 people have been killed by cholera. The neighboring state of Yobe has also recently reported 3 cases. People died of cholera. In a press conference on July 21, the permanent secretary of the Jigawa State Health Department, Salisu Muazou, accused the spread of diseases caused by open defecation and polluted water sources.

In addition, in the past few weeks, there have been reports of deaths from cholera in several places in Nigeria, including Bauchi, Enugu, Benue and Plateau States.

Preview：112 people were killed! Landslide experts triggered by heavy rains in India: or due to global warming

Next：Vaccine certificates to be compulsory for venue entry in UK