Brazil epidemic out of control, more than 4000 deaths in one-day 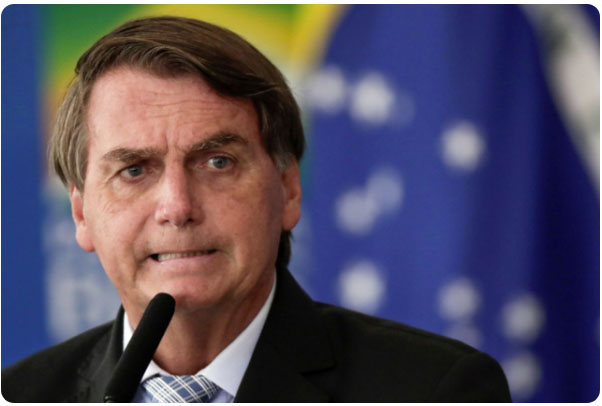 On the 6th, Brazil\'s local time, the number of new deaths in a single day exceeded 4000 for the first time. Although there was a drop on the 7th, it still reached 3829, with a total of 340000 deaths. There are more than 92000 newly diagnosed cases in a single day, with a total of nearly 13.2 million cases. In the face of the growing epidemic, international organizations and experts have said that Brazil needs to take strict measures to curb the spread of the epidemic.

Brazil\'s news website 247 said 407 more people died than were born between April 1 and 6 due to the severity of the epidemic. Brazil\'s famous neuroscientist Nicolas said, "this is an unprecedented disaster.". Brazil has become the center of the global epidemic, with more than a quarter of the world\'s new deaths each day, Reuters said. Brazil\'s death toll is catching up with the worst record in the United States, which is the "biological Fukushima nuclear accident.". 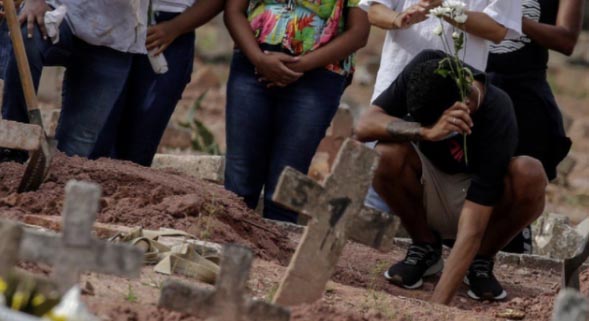 Experts believe that Brazil into the autumn and winter, more conducive to the spread of the virus. To make matters worse, Brazil has found the first confirmed case of South Africa\'s new crown variant virus, which is a new dangerous signal for Brazil, which has the highest daily death toll in the world. Another new variant of the virus may appear in Belo Horizonte, Brazil, scientists warned on the 7th.

In addition, Reuters said that Brazil\'s health care system is on the verge of collapse, and the country\'s entire health care system is likely to have a "chain reaction" like a nuclear reactor. According to a survey by the National Association of private hospitals in Brazil, seven out of every 10 hospitals in the country say they are facing a shortage of oxygen and anesthetics, and the inventory can only be guaranteed for a week or less

In order to contain the epidemic, people generally hope to speed up the work of vaccination. Bosonaro praised Brazil as "one of the few countries in the world that can produce new coronavirus vaccine" at a gathering with entrepreneurs on the evening of the 7th. Bosonaro said he was doing his best to ensure that people were immunized, according to people present. However, Brazil actually faces a serious shortage of vaccines. As of July 7, 21.4 million people in Brazil had received at least one dose of vaccine, accounting for only 10.13% of the country\'s population, Brazilian media reported. Brazil\'s new health minister keloga believes that the vaccination situation is not ideal, the ideal number should be 2.4 million person times a day, but since the beginning of the vaccination work, the number of people vaccinated more than 1 million a day is only two times.

At present, the capacity of the two institutions producing vaccines in Brazil is far from meeting the demand. Brazil\'s Ministry of health sharply reduced its expectation of providing vaccine in April, with 10 million doses less than originally planned. Although Brazil has approved emergency use or formal registration of vaccines such as kelleft, AstraZeneca and Pfizer, the supply of AstraZeneca vaccines is seriously insufficient due to limited production capacity and India\'s export restrictions. Due to procurement problems, there is no Pfizer vaccine in Brazil. Brazil will look to Russia, hoping to import Russian "satellite V" vaccine as soon as possible. In addition, Brazil hopes to use veterinary production facilities to increase production of the new vaccine. If it can increase vaccine production through veterinary facilities, Brazil will also help other countries in Latin America, he said.