As Biden's swearing into office approaches, the United States issues an attack warning

As the day of Biden\'s swearing in as president of the United States approaches on January 20, the capital, Washington, D.C., is now heavily guarded. Several government departments in the United States have warned that members of white right-wing organizations may launch armed protests before and on the 20th.

It\'s not just U.S. government agencies that are worried about attacks, but also some Republican lawmakers.

After the shock incident in Congress on the 6th, the internal differences among the Republican Party intensified, and many Republican members "cut seats" one after another with trump, who belongs to the same party, to draw a clear line. On the 13th, 10 Republican Representatives voted for Trump\'s impeachment, including representative Peter major. Major said in an interview with the media on the 14th that he and other colleagues who support the impeachment of trump are worried about personal threats and are planning to buy bulletproof vests with public funds. 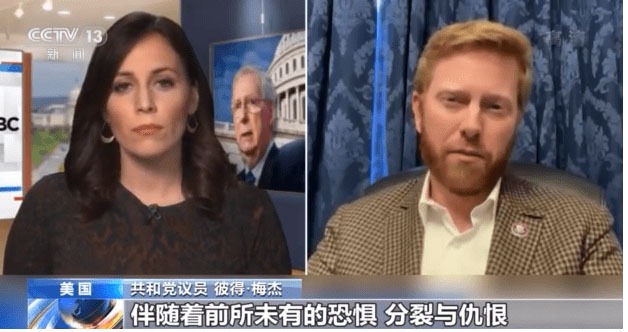 At 4 p.m. local time on the 14th, a large number of National Guard soldiers arrived near the parliament in batches to change positions with the soldiers on duty on the previous shift. There were nearly a thousand soldiers at the scene. Compared with the previous day, the number of soldiers has increased a lot, the security around the Congress has become tighter, and the area of the National Guard on duty has also expanded. ABC described in the report that "before the inauguration, the capital Washington has become a" fortress. ". More than 20000 national guards will be deployed to Washington 20 days ago, more than three times the number of U.S. troops currently stationed in Afghanistan, Iraq and Syria, CNN reported. 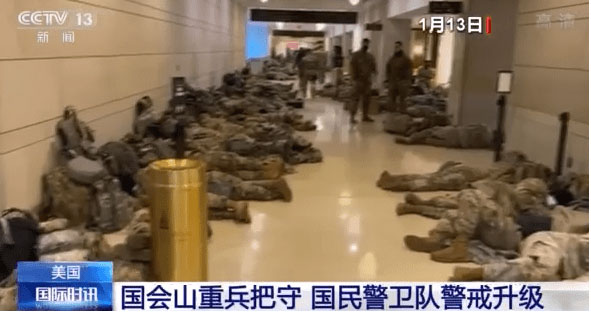 The day before, the tourist center inside the Capitol, originally used to receive tourists, became a "camp" for the National Guard. That night, the National Guard, who had nowhere to go, lay on the marble floor. On the 14th, the replaced soldiers will stay in a nearby hotel and continue to work in rotation the next day. According to the previous arrangement of the Department of defense, members of the National Guard from the United States implement 12 hour shifts.

Many foreign media described Washington, D.C. as the "green zone" in the Iraqi capital, Baghdad. The "green zone" established by the U.S. military after the Iraq war in 2003 is located in the center of Baghdad. It is heavily guarded and tightly guarded. It is surrounded by high concrete walls. Special passes and layers of security checks are required to get in and out. For most Iraqis, the "green zone" is out of reach. It is not until 2019 that the main roads in the "green zone" will be open all day. 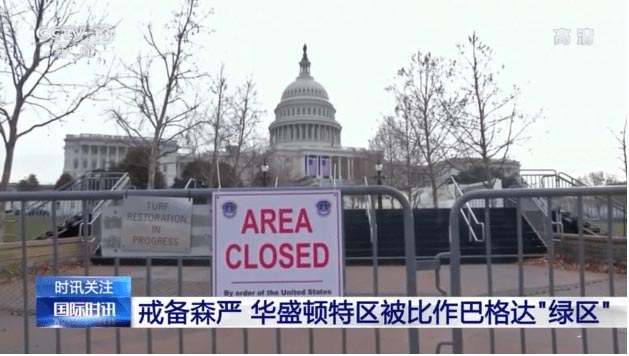 The rehearsal of Biden\'s inauguration ceremony, which was originally scheduled to be held on the 17th, will be postponed for security reasons, according to two people familiar with the matter quoted by the US politico website.

Biden\'s team also canceled the scheduled journey from Wilmington to Washington by Amtrak train on the 18th due to pay close attention to security issues. At present, the U.S. presidential inaugural Committee declined to comment on these changes, and the secret service and other aspects have not yet responded.

Next：Biden team launches $1.9 trillion rescue plan to deal with the epidemic and stabilize the economy